An Open Letter to My Friends on the Left 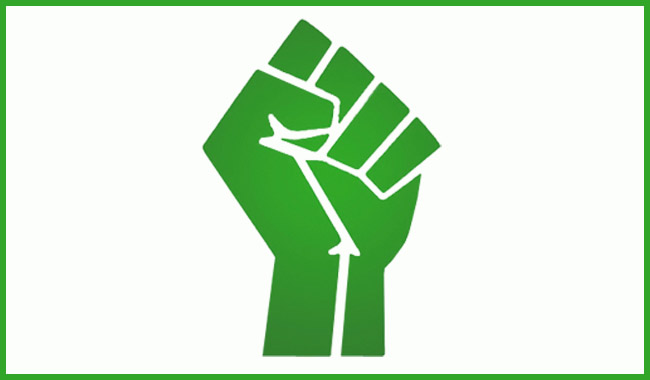 Here at the beginning of 2016, as I continue to pursue The Institute for Cultural Evolution’s project to envision “the Future Right” and “the Future Left,” it is important to be clear about ICE’s political strategy. This strategy is designed to improve the functionality of American government by evolving our political culture. In this project my colleagues and I are emboldened by the fresh insights of integral philosophy, which show more clearly than ever before how and why culture evolves. Indeed, it is these insights that provide both the motivational energy and the deep sense of duty that compels me to try to make a positive difference in the politics of my place and time.

Few will disagree that the current state of American democracy is highly dysfunctional. And I think the problem is bigger than the obvious ills of legislative gridlock or the sorry state of campaign finance. It seems to me that at the root of our contemporary political problems is a general absence of a compelling vision of a better way. Yet this needed vision is not being adequately articulated by either the Democratic or Republican parties. The result is that many see American politics as nothing more than a cynical game of moneyed interests in which quaint notions such as loyalty or patriotism are hopelessly naïve. But despite all appearances to the contrary, I remain optimistic that a new era of political progress is on the horizon. And this new era can be ushered in by a vision of a better way that is not only desirable, but realistically achievable in the years ahead.

From the perspective of the progressive Left, the “better way” is articulated in Naomi Klein’s influential book, This Changes Everything, which calls for us to remake our political systems and restructure the global economy. Klein’s revolutionary vision is attractive to many because it seems to offer hope for The More Beautiful World Our Hearts Know Is Possible, as Charles Eisenstein puts it. But while I share many of the same goals, I don’t find the revolutionary vision of leftist authors like Klein and Eisenstein compelling because it is based on a one-sided and less than integral view of history, culture and economics. Moreover, this revolutionary vision is not empirically possible within our democracy. While such calls to fundamentally “overturn the system” may produce moral fervor and provide hope for some, this politically insurmountable goal of economic revolution also ensures that progressive politics will remain relatively impotent at the national level in America for the foreseeable future.

While I have always considered myself to be “on the Left” (consistently voting for Democrats), I think the compelling vision of a better way that we need should include everyone—or at least the majority of people of good sense and good faith who make up the American electorate. From this perspective, our collective vision for political progress ought to be evolutionary rather than revolutionary.

Those of us on the Left cannot eliminate the Right. Some version of Left and Right will always be with us (see the ICE whitepaper Depolarizing the American Mind). So rather than anticipating that the looming specter of climate change will somehow spark a radical overthrow of the right-wing’s powerbase in America, a more realistic and achievable—and thus more desirable—vision of a better way must include the evolution of both sides of the political spectrum. In other words, we need to improve both sides on their own terms because no matter how successful the Left becomes, our democracy will always have some version of the Right. Therefore, rather than alienating or vilifying close to half of America, I think we stand a much greater chance of making things meaningfully better by actually helping the Right to evolve.

While I know many of my friends on the Left would like to see the American Right crushed or eliminated, my strategy as a would-be change agent involves taking a different tack by actually helping the Right to become more developed. And this integral strategy, of course, also seeks to help the Left evolve as well. (The details of ICE’s proposal for a more evolved Right and Left will be set out in my forthcoming article on political polarities.)

So to my friends and colleagues on the Left, please understand my strategy. I’m not “moving toward the Right” or advocating for the Republican party. I’m working to evolve American politics to help make our Democracy more moral and more responsive to the urgent challenges we face. And this strategy necessarily involves working with some of the more evolved voices on the Right in an effort to help improve American politics from where we find it. Rather than dismiss me as someone who has become “too cozy with the opposition,” I ask you to wait and see if this new evolutionary approach to political progress can bear fruit. You may disagree with this strategy, but I want to assure you that I will remain on the Left and continue to share your most cherished values.