About the Institute for Cultural Evolution 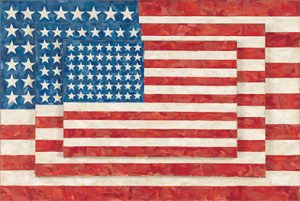 About the Institute: Overview

The Institute for Cultural Evolution is a nonprofit think tank based in Boulder, Colorado. Our mission is to advance the evolution of consciousness and culture in America. Our work focuses on overcoming the hyper-partisan polarization that threatens American democracy.

Toward this end, we’re advancing a new approach to politics—a synthetic political position that includes the best and rejects the worst of all sides. We advocate a developmental political perspective, which offers a way forward beyond the culture war. This developmental perspective demonstrates how hyper-polarization is the result of cultural growth, and how it can thus be overcome through further cultural growth. The inclusive social development we’re working for accordingly represents a new kind of cultural and political higher ground.

Founded in 2013 as a 501c3 nonprofit organization, the Institute’s political position is neither left, nor right, nor centrist. We don’t undertake lobbying efforts or back political candidates, and we’re not associated with any political party. By remaining politically independent, the Institute is able to synthesize and harmonize the values and positive goals of all sides. The strategies we use to widen perspectives and integrate politically opposed viewpoints are new and unique. Our methods are based on fresh insights into how worldviews form and how human culture evolves.

Our principals and senior fellows write books, articles, and op-eds, and they produce podcasts and videos, all of which apply our developmental perspective to help America grow into a better version of itself. Our programs include an evolving platform of “win-win-win” issue positions; the publication of The Developmentalist political magazine; The Cultural Evolution podcast; public outreach and education around the practice of “cultural intelligence”; and social movement building through various membership associations.

We measure our success by the growing visibility and influence of our developmental perspective. We chart our progress by tracking annual national polls that estimate trends in the overall political polarization of the American electorate. Our theory of change is that culture and consciousness co-evolve when people expand the scope of what they can value.

Below is an abridged version of our “pitch deck”—a slide show presentation for potential supporters. To receive the complete presentation deck, or for more information on how to support or work, please contact us at: info@culturalevolution.org.